is an NFL Wide Receiver for the Miami Dolphins.  He played college football at the University of Miami and was signed by the Jacksonville Jaguars after the 2014 NFL Draft.

Overcoming adversity to begin his NFL dream, Allen established his role the second he stepped on the field.  He became the first rookie in NFL history to score two receiving touchdowns in the first quarter of their first game.  He shined during his four seasons with the Jaguars earning a four-year $40 million dollar contract in 2016 and totaled 189 receptions, 2,669 receiving yards, and 21 touchdowns.  Over the next few seasons, Hurns contributed to the Dallas Cowboys and re-signed with his hometown Miami Dolphins.  Allen played four years at the University of Miami and set the school single season record as senior with 1,162 receiving yards.  He was awarded the Jack Harding Award as the Hurricanes Most Valuable Player and registered 121 receptions and 14 touchdowns during his career.

Allen attended Miami Carol City Senior High School and resides in Florida during the off-season.  Allen has a beautiful relationship with is mother and together they started the 88 Blessings Foundation.  Their mission is to strengthen families where parents are fulfilled, and children have adequate support to reach their dreams.  88 Blessings impacts the single parents in communities by providing resources, advice, and support to help working parents both financially and emotionally.  Allen is also dedicated to raising awareness of gun safety and changed his jersey number to 17 to honor the Parkland Shooting victims. 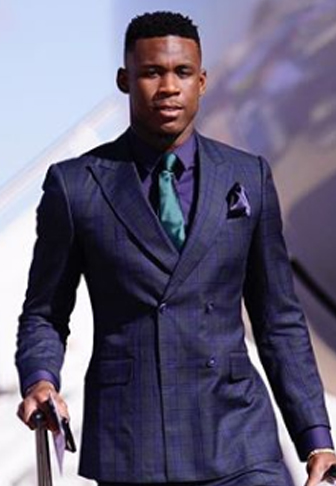