is an inside linebacker for the New York Giants. Coming out of Mississippi State, he was drafted 43rd overall in the 2015 NFL Draft by the Houston Texans. He made an instant impact with the Texans with his leadership and play, starting every game in his first four seasons. McKinney was named second team All-Pro in his sophomore season, finishing with 129 combined tackles, five sacks, and two pass deflections. In 2018, he was awarded to his first Pro Bowl appearance, after a successful season of 105 combined tackles, one and a half sacks, and one interception. In 2021, he was traded to the New York Giants to add to their stellar defense.

McKinney grew up in Tunica, Mississippi where he became a star athlete at Rosa Fort High School in basketball and three positions in football—quarterback, linebacker, and punter for his high school. He went on to attend Mississippi State University where he earned All-SEC Freshman and First-Team Freshman All-American honors by multiple national media outlets finishing tied for second among freshmen in the FBS with 102 total tackles. McKinney continued to star at Mississippi State over the next two seasons, deciding to enter the 2015 NFL Draft after being named First-Team All-SEC and First-Team All-American.

McKinney resides in Houston during the off-season where he continues to make an impact off the field and back in his hometown of Mississippi. Locally, he and his wife Madison dedicate their community efforts to the Fifth Ward Enrichment Program which is dedicated to assisting boys in one of Houston’s most challenged neighborhoods. 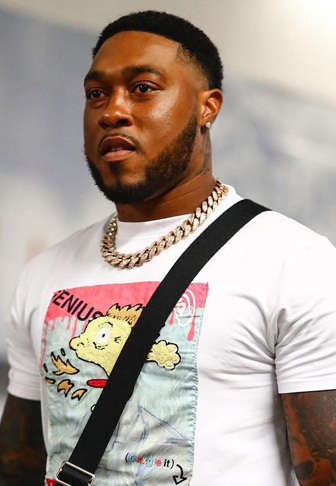