is a linebacker for the Las Vegas Raiders. He grew up in upstate New York and played college football at Syracuse University. He was selected twenty-first overall in the 2012 NFL Draft by the New England Patriots.

As a rookie with the Patriots, Jones immediately became an impact player on the defense, earning a starting position beginning at Week 1. In his third NFL season, he won his first Super Bowl ring as the Patriots defeated the Seahawks in Super Bowl XLIX. He played one more year with the Patriots before joining the Arizona Cardinals, where he spent six seasons. In March 2022, he signed a three-year deal with the Las Vegas Raiders.

Outside of football, Jones enjoys cooking and grilling. His philanthropic work includes work at the Phoenix Children’s Hospital and helping provide 150,000 to food banks in Arizona at the onset of the COVID-19 pandemic. He is the younger brother of former NFL defensive end, Arthur Jones, and mixed martial artist and former light heavyweight champion of the world, Jon Jones. 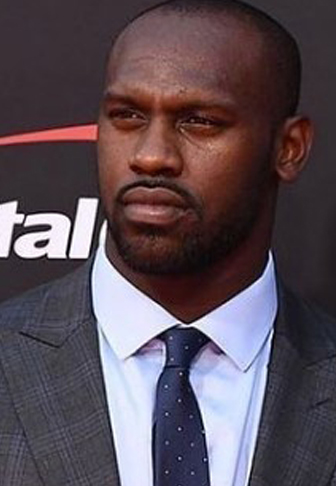