is a linebacker for the New Orleans Saints. He played college football for Arkansas State University and was drafted by the New York Jets in the third round of the 2012 NFL Draft. He is one of the most consistent linebackers in the NFL, registering 90 plus tackles each season in the league. Demario continues to make his mark on the field and was named to the All-Pro Team in 2019.

In 2018, Demario started the Devoted Dreamers Foundation to equip the next generation of leaders with the tools to be successful spiritually, mentally and physically. Devoted Dreamers has been operating since 2012 and provides numerous initiatives geared towards providing necessary resources for young men and women to be successful. Programs of Devoted Dreamers include Pearls for Girls, Encounter Conference and the Devoted Dreamers 7×7 football team. Another pillar of Demario’s core values is being a voice for social justice. He is a member of the Players Coalition which exists to end social injustices and racial inequality so future generations have the opportunity to thrive without barriers. Demario also serves as a United Way brand ambassador and frequently lends his voice to causes he feels passionately about.

Demario is a devout Christian and father of four with his wife, Tamela. Through his faith, Demario has worn and currently sells 56 Man of God masks and headbands. Demario donates a portion of proceeds of the masks to honor and support the families of Breonna Taylor, Ahmaud Arbery, and George Floyd. His first book, The Unsuccessful Champion was released in November 2019. When he’s not serving others through volunteering, Demario can be found speaking and sharing his faith around the country through ministry, conferences and media appearances. 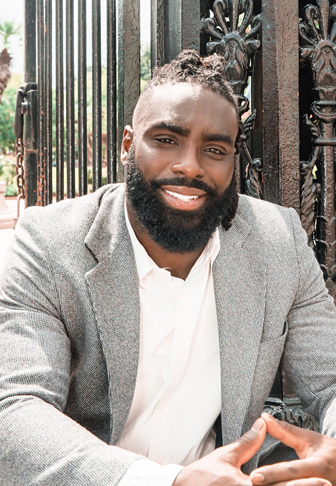