is a wide receiver for the Detroit Lions. He was selected in the second round of the 2018 NFL Draft by the Jacksonville Jaguars. He attended Louisiana State University where he led the SEC in punt return touchdowns and the Tigers in receptions and touchdowns his senior year. Known for his elite speed and size, DJ continues to be a threat at each level of the field.

DJ spent the first three years of his career as a force on the Jaguar’s offense. In 2019, he became the first Jaguar to pass 1,000 yards receiving since 2015, totaling 1,008 yards and 73 receptions. He ended this season with eight touchdowns, tying him for third in the AFC. He culminated his break-out year by being named to the 2020 Pro Bowl roster. In 2022, he signed with the Detroit Lions.

Chark was born and raised in Alexandria, Louisiana where he was a star football player and track runner. He is the proud owner of two dogs, Bam Bam and Dundie (The Office). He uses his platform to advocate for mental health and social justice by raising awareness and increased knowledge in both matters. 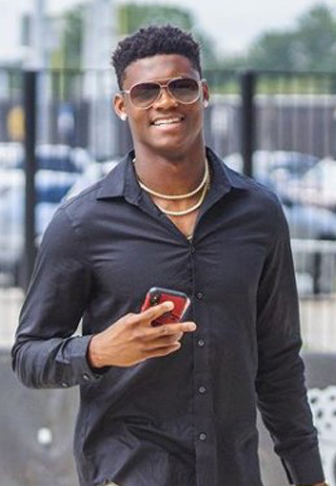