is a six-time Pro Bowl defensive tackle and has played in the NFL for over a decade. Originally from Oklahoma City, Oklahoma, Gerald attended the University of Oklahoma before being drafted 3rd overall by the Tampa Bay Buccaneers in the 2010 NFL Draft. At Oklahoma, Gerald was a two-time captain, Big 12 Defensive Freshman of the Year, and was awarded consensus All-American honors back to back years.

Gerald played his first nine seasons with the Tampa Bay Buccaneers where he established himself as a dominant force on the defensive line. During this time, he was a six-time Pro Bowler and three-time NFL All-pro. He accumulated over 55 sacks and was the top interior defensive lineman in the NFL. He left the Bucs in 2019 and spent one season with the Carolina Panthers and Dallas Cowboys.

Off the field, Gerald and his wife, Ebony, along with their five children, are active in their communities through their Patricia Dianne Foundation. Named after his late mother, the foundation aims to uplift single mothers through resources and financial aid. Using his expansive football knowledge, Gerald offers his insights across various sports programming and looks to make a transition to broadcasting, TV, and film when he is done playing. 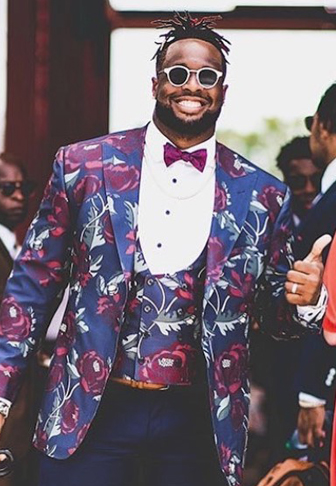