is a safety for the Las Vegas Raiders. He was drafted out of Mississippi State University in the first round of the 2019 NFL Draft. In his senior year, he led the team with 93 tackles, six All-American honors, including being named to first team All-SEC. His hard-work and passion for football secured his spot as the number one safety heading into the draft.

After a season-ending injury muddled his rookie season, Johnathan headed into the 2020 season ready to develop the team’s culture with his instinctive nature for the game and vocal leadership. In week one, he recorded a team-high thirteen tackles and later, in week four, recorded his first career interception. Veterans and coaches have praised Johnathan for his knowledge and intense enthusiasm on and off the field, leading way for an exciting career ahead of him.

Born and raised in Mississippi, Johnathan was a star two-sport athlete at Columbia East Marion. In 2020, Johnathan founded his own foundation, Johnathan’s Journey For Better, which aims to provide opportunities to help underprivileged youth on their own roads to reach their maximum potential by providing a steady foundation and stream of resources for these young men and women. 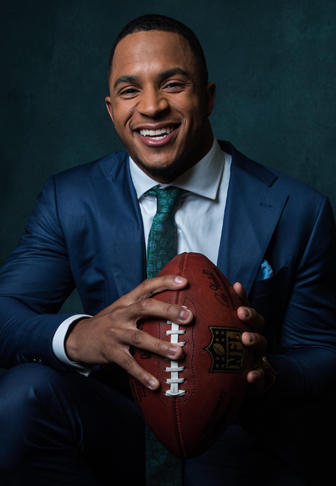