is a cornerback for the Indianapolis Colts. He played college football at Valdosta State University and signed with the New England Patriots as an undrafted free agent in 2017. Having only started playing football his senior year of high school, Kenny played in 46 games during his four-year career. He totaled 171 tackles, 8.5 tackles for loss, 2.0 sacks, one forced fumble, 11 interceptions for 236 yards and two touchdowns. He earned one First-Team All American and one First-Team All-GSC nod during his time at Valdosta State.

In September 2017, the Indianapolis Colts signed Kenny, where he made a solid impact during his rookie year, finishing with 38 combined tackles, five pass deflections, and one interception. In 2018, Moore earned his spot as a starting cornerback, where he has been a constant for the Colts’ defense since. Moore was named AFC Defensive Player of the Week in Week 14 of 2020 after a performance of five solo tackles, one forced fumble, and one of the most spectacular one-handed interceptions ever seen. His versatility and playmaking ability have rightfully earned him the spot of the top ranked slot cornerback in the NFL.

Moore was and raised in Valdosta, Georgia, where he played soccer, basketball, track and field, and football at Lowndes High School. He is a Board member with A Kid Again, a charity organization that gives children facing life-threatening illnesses feel “normal” again through positive experiences and memories. 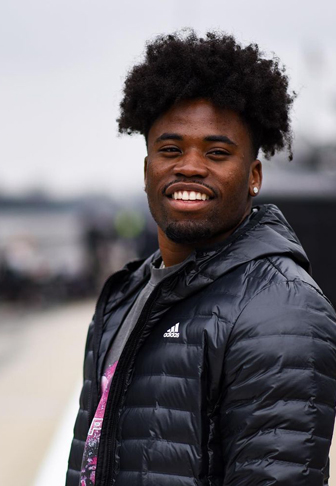