is a hybrid safety/cornerback for the Tampa Bay Buccaneers. He played college football at Rutgers and was drafted by the New England Patriots in the third round of the 2013 NFL Draft.

Logan has consistently been one of the league’s top secondary players, as well as one of the league’s most versatile. His speed and instincts have proved to be assets in blitzing, coverage, and mismatches all over the field. Logan played his first four seasons with the New England Patriots and won a Super Bowl in 2014 and 2016. He then joined the Tennessee Titans, where in 2019, he led the team with 113 tackles, four interceptions, four sacks, and four forced fumbles. In 2020, Logan was ranked #60 in the annual NFL Top 100 players list. Also in 2020, Logan was named the Giants’ nominee for the Art Rooney Award, an annual award given to a player who demonstrates outstanding sportsmanship on the field. Logan was named the 2021 Giants’ Walter Peyton Man of the Year. He signed with the Bucs in the 2022 off-season.

Logan began the Ryan’s Monthly Rescue program in 2015, after he and his wife Ashley went through the often difficult process of adopting a rescue dog. Each month, he worked with a local animal rescue to identify a dog in their care having trouble being adopted and took photos with the dog to spread the word. Knowing more could be done to advocate for shelter dogs, they started the Ryan Animal Rescue Foundation (RARF) in 2017 where they partner with animal welfare organizations to promote the adoption of pets in need as well as provide educational opportunities and grants to better the lives of animals. In addition, Logan, his family, and RARF are focused on bringing animal rescue and adoption to a new, younger audience. 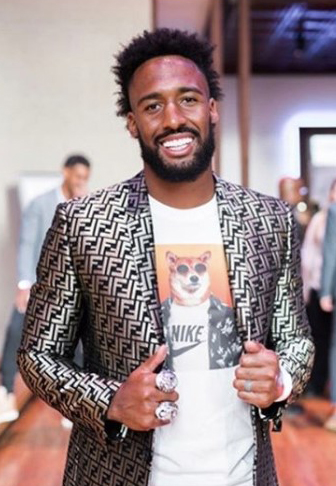