Off the field, Michael works to create an environment for inner city youth that encourages and promotes personal and professional development through cultural activities, the arts, music, sports and academics with a vision of producing well rounded individuals through his Crab5 Foundation. In 2017, the Crab5 Foundation held its 5th annual free youth football camp at the Cotton Bowl in Dallas for over 1000 kids. In Oakland, he and his fellow Raiders wide receivers hosted a bike giveaway for underserved children of Oakland every December. Michael partnered with Take Me To The River Education Initiative in October 2016 to host an evening of music education with students from Berklee School of Music and the East Bay Center as part of his ongoing music and arts work with the Crab5 Foundation. In March 2018, Michael and his Crab5 Foundation held their first annual Crab5 Kids Fest in Dallas—a day of food, fun and music for over 600 kids in Dallas. Currently, though his Crab5 basketball team, Michael serves as a role model to students in Texas and helps them get into college through his team program.

Michael Crabtree is a former NFL wide receiver for the San Francisco 49ers, Oakland Raiders, Baltimore Ravens, and Arizona Cardinals. He began his career in 2009 when he was selected 10th overall by the San Francisco 49ers in the NFL Draft. Known for his ability to make clutch receptions, he ended his career with 7,499 yards and 54 touchdowns from 637 career receptions. Originally from Dallas, Texas, Michael played collegiately at Texas Tech University. In 2020, he was inducted into Texas Tech’s Ring of Honor as the greatest wide receiver in Texas Tech history. 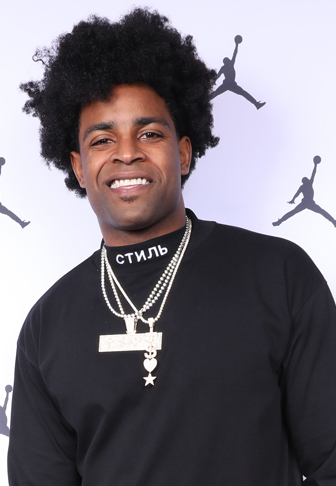