is an analyst for Fox Sports and a former twelve-year NFL Cornerback for the Dallas Cowboys, Kansas City Chiefs, and Philadelphia Eagles. He spends weekdays covering sports on Undisputed, The Herd, and Speak for Yourself. Orlando was a cornerstone of the Dallas defense for a decade and is known for his leadership, experience, and tenacity on and off the field. His career began in 2008 when he was drafted by the Dallas Cowboys in the fifth round of the NFL Draft. He finished his career with 76 pass deflections, nine interceptions, and 457 tackles. Originally from Torrance, California, Orlando played collegiately at Boise State University.

Off the football field, Orlando’s presence on red carpets and at Hollywood premieres has consistently earned him spots on best dressed lists, including GQ and Complex. His sharp eye for fashion and style make him among the most fashionable athletes in football. He is consistently seen on both national and local television, bringing his sharp analysis and charismatic appeal to sports and lifestyle programs.

Orlando works diligently to make an impact in his native Southern California community. Each year, his 32 Cares Foundation hosts a 7×7 tournament for area high schools that not only showcases top talent, but also awards a $5,000 cash prize to the winning team’s athletic department.The event has drawn local and national attention from recruiting media and continues to grow. Orlando has worked closely with the Boys and Girls Clubs in both Dallas and Los Angeles, serving as a volunteer and role model. 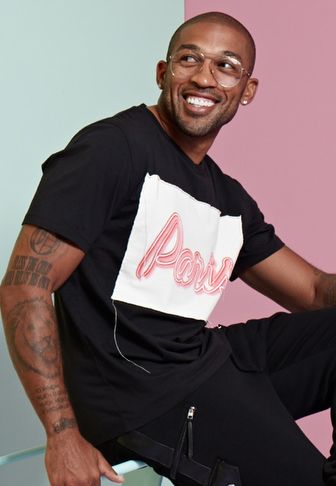