is an offensive tackle for the New England Patriots. He played college football for Georgia Military College and the University of Florida and was drafted by the San Francisco 49ers in the seventh round of the 2015 NFL Draft.

Trent had an unconventional path to stardom, but his grit and hard work earned him a spot among the NFL’s elite offensive tackles. Trent has been a key contributor for the San Francisco 49ers, New England Patriots, and Las Vegas Raiders. His play awarded him a Super Bowl Championship, the highest paying contact for an offensive linemen, and a 2019 Pro Bowl selection in his first season with the Raiders. Each quarterback has been protected at an exceptional level with Trent on the line. He is known for his large frame, length, and ability to poweredge rushers away from the pocket.

Trent was born in Bastrop, Texas and resides there during the NFL off-season. In 2011, Brown enrolled in Georgia Military College where he played for two years and was named a NJCAA All-American. In 2012, Brown was recruited by several NCAA Division I schools, but ultimately decided to attend the University of Florida. Despite his hard work and tenacity in college, most experts didn’t see Trent playing at the next level. Motivated by doubt Trent has embraced his ‘Greatest Underdog’ slogan while continuing to showcase who he is on and off the field. In 2020, Trent started his foundation TB77 Cares, with the aim to change lives of under-privileged youth by providing effective means and tools that will advance their opportunities and inspire hope​. 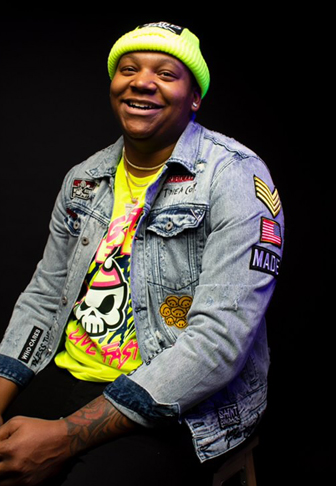