is a guard for the Denver Nuggets. Originally from Baltimore, Will attended the University of Memphis, before being drafted in the 2012 NBA Draft by the Portland Trail Blazers. In his sophomore season at Memphis, he won the 2011-2012 C-USA Player of the Year award.

Will played his first four seasons with Portland and took off when he joined the Denver Nuggets in 2015. He became an integral part of their starting lineup and the glue piece to a yearly championship contender. He is nicknamed “Will the Thrill” because of the tenacity, fearlessness, and energy he brings to each game, including electrifying dunks nightly and in the 2016 NBA Slam Dunk Contest.

Will is active in the Baltimore community with his Will Barton Elite Skills Camp, providing free basketball clinics to youth in the inner-city. He is an advocate for youth success, wanting to share the same support that he received growing up and the hope that prosperity is within reach. He is the founder and sponsor of Team Thrill, an elite UAA basketball program that serves boys and girls teams from elementary to high school. In 2020, Will founded the WB5 Foundation as a way to help those in need in Baltimore and Denver. Will also has a passion for music, releasing his first EP Unexpected under the name Thrill in 2019. 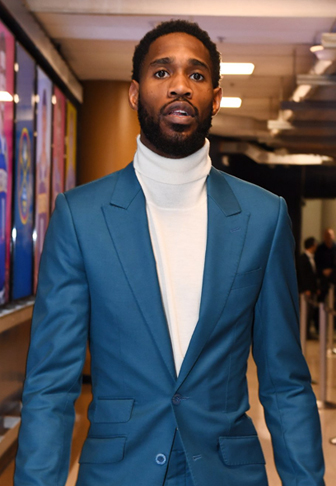