is a defensive back for the Cincinnati Bengals. He was drafted out of the University of Houston, 24th Overall in the first round of the 2016 NFL Draft. As a senior, Jackson starred in the Cougars secondary by setting Houston single-season records and led the nation in pass breakups with 23 and passes defended with 28. Jackson finished his Houston career being named the 2015 Chick-Fil-A Peach Bowl Defensive MVP and 2nd Team All-AAC Honors.

Jackson has steadily proved to be a dominant defensive back and leader of the Bengals defense. In 2018, Jackson played and started in all 16 games of the Bengals season finishing with 41 combined tackles and 13 pass deflections firmly establishing himself as the premiere shutdown defender for the Who Deys.

Jackson is a native of the Fifth Ward area of Houston,Texas coming out of Wheatley High School. During the off-season Jackson resides in Houston and enjoys his family, horseback riding, and taking care of his pet pig, Annabel. 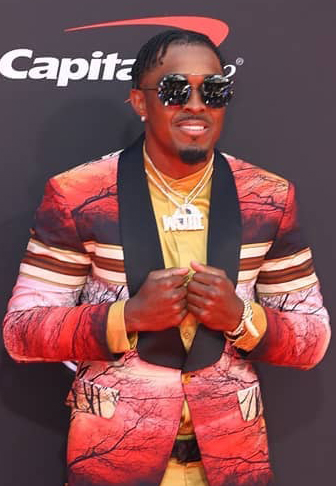